Feeley’s departure had been communicated to State Department officials on Dec. 27 and was not a response to Trump’s alleged use of the word “shithole” to describe Haiti and African countries at a meeting on Thursday, U.S. officials said.

Feeley, one of the department’s Latin America specialists and among its senior most officers, made clear that he had come to a place where he no longer felt able to serve under Trump.

“As a junior foreign service officer, I signed an oath to serve faithfully the president and his administration in an apolitical fashion, even when I might not agree with certain policies,” Feeley said, according to an excerpt of a resignation letter read to Reuters on Friday.

“My instructors made clear that if I believed I could not do that, I would be honor bound to resign. That time has come.”

FILE PHOTO: U.S. Deputy Chief of Mission John Feeley in Mexico speaks during a ceremony at a hangar of the Secretariat of National Defense in Mexico City, Mexico November 8, 2010.

A State Department spokeswoman confirmed Feeley’s departure, saying that he “has informed the White House, the Department of State, and the Government of Panama of his decision to retire for personal reasons, as of March 9 of this year.”

Speaking to reporters, Under Secretary of State Steve Goldstein said he was aware of Feeley’s planned departure on Thursday morning, before Trump’s alleged use of the vulgar term, and said the ambassador was leaving for “personal reasons.”

”Everyone has a line that they will not cross,“ ”Goldstein told reporters at the State Department. “If the ambassador feels that he can no longer serve … then he has made the right decision for himself and we respect that.”

U.S. officials declined to discuss Feeley’s reasons for leaving the department after a long career, much of which was spent working on Latin American issues.

Some of Trump’s policies have been widely regarded within the region as hostile to Latin America….. 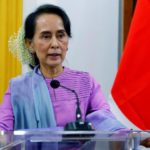 WASHINGTON (Reuters) – President Donald Trump gave the Iran nuclear deal a final reprieve on Friday but warned European allies and Congress they had to work with him to fix ”the disastrous flaws” in the pact or face a U.S. exit.

By Jessica Resnick-Ault and Gary McWilliams

Pickens, 89, said in a letter posted online that he planned to focus on his health and entrepreneurship, philanthropic and political activities. He is still recovering from a serious fall last summer and suffered a series of strokes in late 2016.

“Trading oil is not as intriguing to me as it once was,” he wrote. “It’s no secret the past year has not been good to me, from a health perspective or a financial one.”

Pickens’ fund, which he formed in 1996, struggled with its oil bets and assets fell well below a peak of $2 billion in 2007, said Jay Rosser, vice president at BP Capital. The fund, which lost money in two of the last three years, had about 125 investors prior to its closing, he added.

Several major commodities funds also lost money on oil wagers or shut in recent years. Last year, funds that bet on an oil-price recovery were hit as crude in June fell to $42.05, the low for the year…